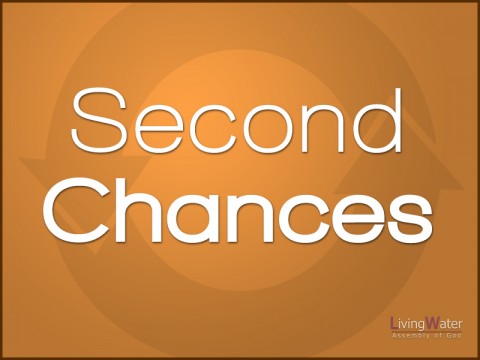 1 Corinthians 3:9-16, For we are God’s fellow workers; you are God’s field, you are God’s building.  10 According to the grace of God which was given to me, as a wise master builder I have laid the foundation, and another builds on it. But let each one take heed how he builds on it.  11 For no other foundation can anyone lay than that which is laid, which is Jesus Christ.  12 Now if anyone builds on this foundation with gold, silver, precious stones, wood, hay, straw,  13 each one’s work will become clear; for the Day will declare it, because it will be revealed by fire; and the fire will test each one’s work, of what sort it is.  14 If anyone’s work which he has built on it endures, he will receive a reward.  15 If anyone’s work is burned, he will suffer loss; but he himself will be saved, yet so as through fire.
16 Do you not know that you are the temple of God and that the Spirit of God dwells in you?

It is so important for parents to instill a sense of destiny in their children.  Once they realize that they have immeasurable potential, there is no stopping them.  I am not saying that they won’t deviate from the path—all of us have done that.  But, the important thing, thank God, is that they have been given a path to deviate from….

Proverbs 22:6, Train up a child in the way he should go,
And when he is old he will not depart from it.

In Genesis 3:20, ”… Adam called his wife’s name Eve, because she was the mother of all living.

And God said to man in

Genesis 1:28, Then God blessed them, and God said to them, “Be fruitful and multiply; fill the earth and subdue it; have dominion over the fish of the sea, over the birds of the air, and over every living thing that moves on the earth.”

And again repeated it after the great flood in

Genesis 9:6b-7, “…For in the image of God He made man. 7 And as for you, be fruitful and multiply; Bring forth abundantly in the earth
And multiply in it.”

When Eve produced what she may have thought to be the promised seed, there were real problems…In the heat of rage, Cain killed his brother…Now her eldest son was a criminal on the run, and her younger son had been snuffed out in the prime of life…She was supposed to be the mother of all living and all she had raise was a corpse and its murderer.

But God unwrapped the blanket of failure from around her and blessed her with another son.

Genesis 4:25,  And Adam knew his wife again, and she bore a son and named him Seth, “For God has appointed another seed for me instead of Abel, whom Cain killed.”

Suddenly, as she held her new baby in her arms, she began to realize that God is sovereign.  If He decrees a thing, it will surely come to pass.

Eve called her third son Seth, for she understood that if God makes a promise to bless someone, He will find a way!  Even if it means appointing a substitute, God will perform His promise.

God’s purpose was not aborted when Cain killed Abel.  In spite of the fact that life has its broken pieces, ultimately everything God has ever said will come to pass.  Satan tries to assassinate the will of God in our life.

Philippians 1:6, being confident of this very thing, that He who has begun a good work in you will complete it until the day of Jesus Christ;

When we suffer loss like Eve did, there is a feeling of hopelessness maybe even abandonment.  However, we cannot allow past circumstances to abort future opportunity.  If we have experienced loss in our lives, we can know that God has a way of restoring things we thought we would never see again.

God is a restorer! What has the devil stolen from you?

Find them on our media page. Has God blessed you through our online ministry? We would like to give you the opportunity to help our ministry grow.